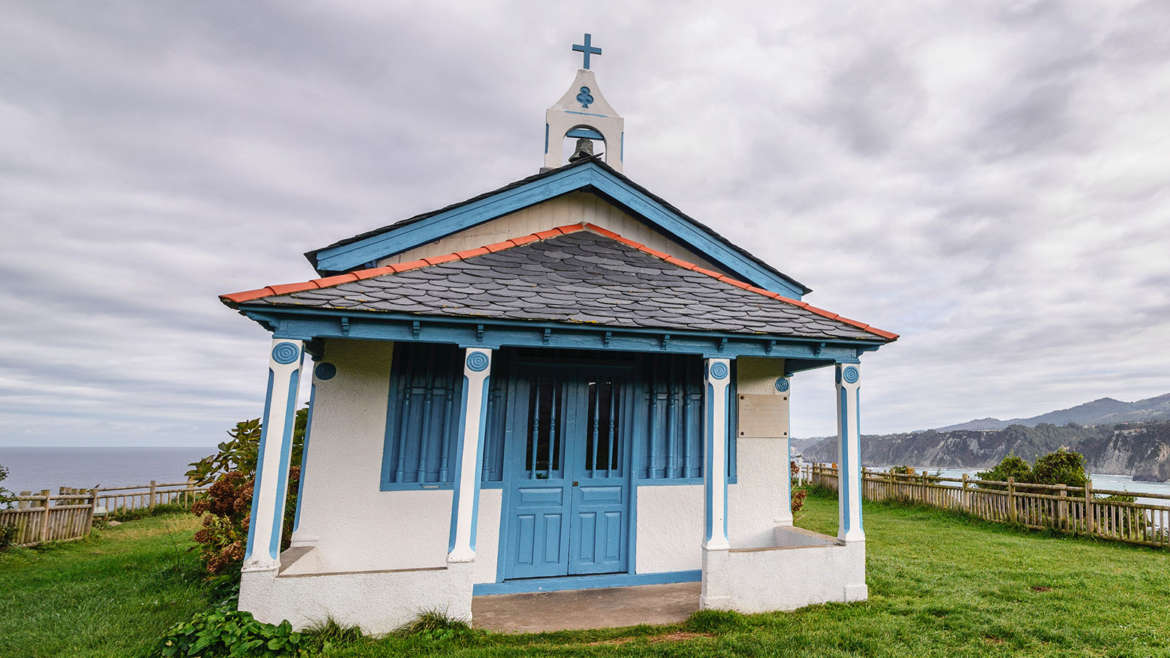 The Regalina Hermitage was built in 1931 on a local priest, Father Galo’s, initiative; he hoped to attract not just worshippers of the Virgen, but also others, who could not fail to be taken by the beauty of views.

From the carefully tended lawns which surround the hermitage it is posible to see the Ribeirona beach and the other cliffs which make up the view. Next to the hermitage you will see two “horreos” (Farmers needed to harvest their crops early and then stock the grain in a dry place, protected from the damp and from animals and in particular rodents over the long, cold and wet winters. And so the “horreos” were born; these granaries built on pilars are typical in Northern Spain, particularly in Asturias and in Galicia. Various versions exist, but the principal is the same, raised on pillars with flat stones forming the horizontal base to prevent rodents entering). More than one hundred “horreos” can be found in the village, giving it a marked rural character.

At the end of the 19th Century this area gave rise to a vast wave of emigration to South America, which has left its footprint on local architecture. 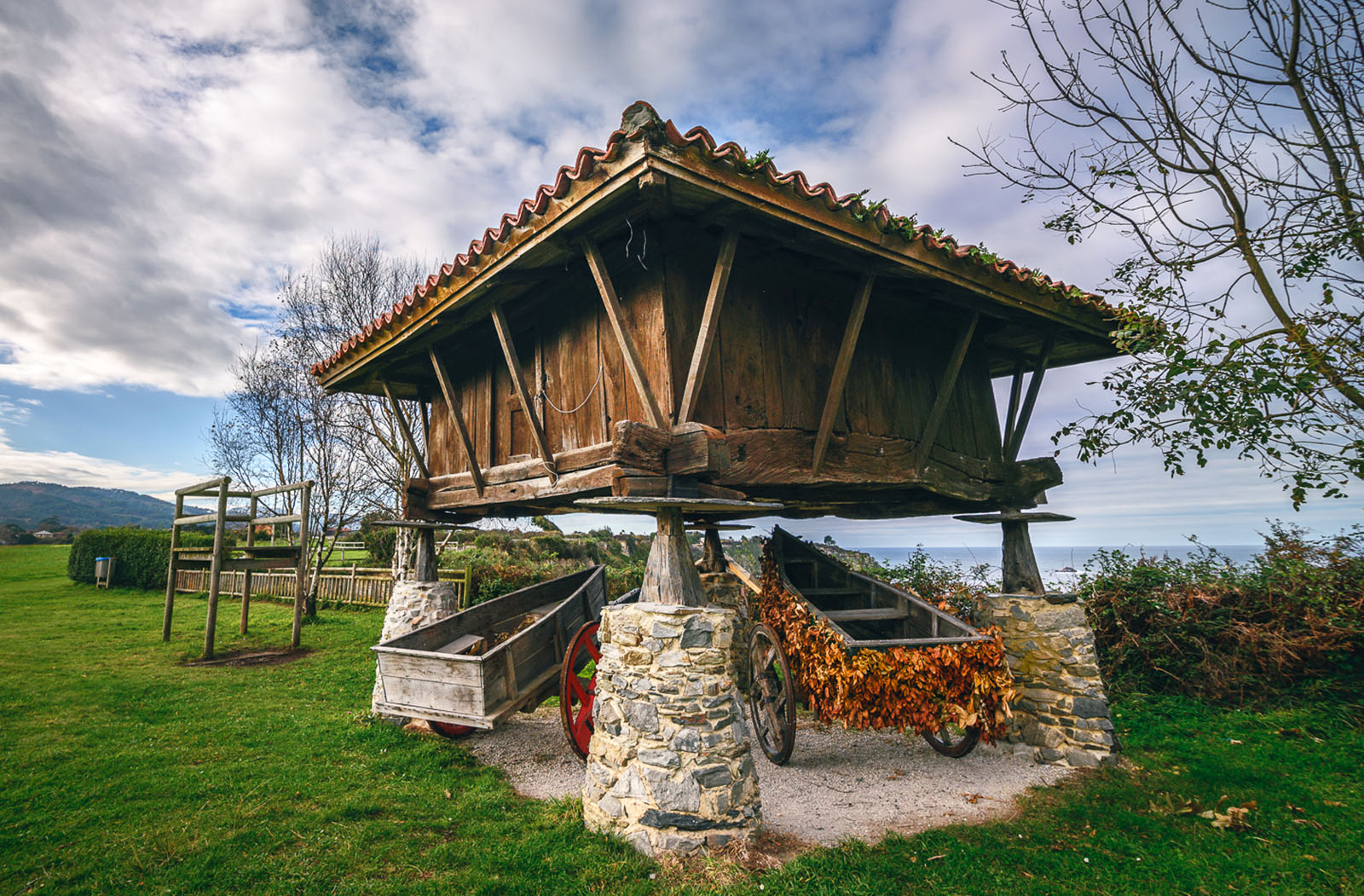 The village of Cadavedo, which takes its name from “cadavo” was originally a whale-fishing port. Local populations supplemented their income with crop and livestock farming. Today Cadavedo is a quiet sea-side resort.

If you happen to come in the last week of August, you visit will coincide with the “Fiestas de la Reglina” declared of regional tourist interest, with parades of floats, regional dancing, hundreds of people in traditional dress, choirs, dancing… they will all make you fall even more in love with this idylic place.

This website uses cookies to improve your experience while you navigate through the website. Out of these, the cookies that are categorized as necessary are stored on your browser as they are essential for the working of basic functionalities of the website. We also use third-party cookies that help us analyze and understand how you use this website. These cookies will be stored in your browser only with your consent. You also have the option to opt-out of these cookies. But opting out of some of these cookies may affect your browsing experience.
Necessary Always Enabled
Necessary cookies are absolutely essential for the website to function properly. This category only includes cookies that ensures basic functionalities and security features of the website. These cookies do not store any personal information.
Non-necessary
Any cookies that may not be particularly necessary for the website to function and is used specifically to collect user personal data via analytics, ads, other embedded contents are termed as non-necessary cookies. It is mandatory to procure user consent prior to running these cookies on your website.
SAVE & ACCEPT