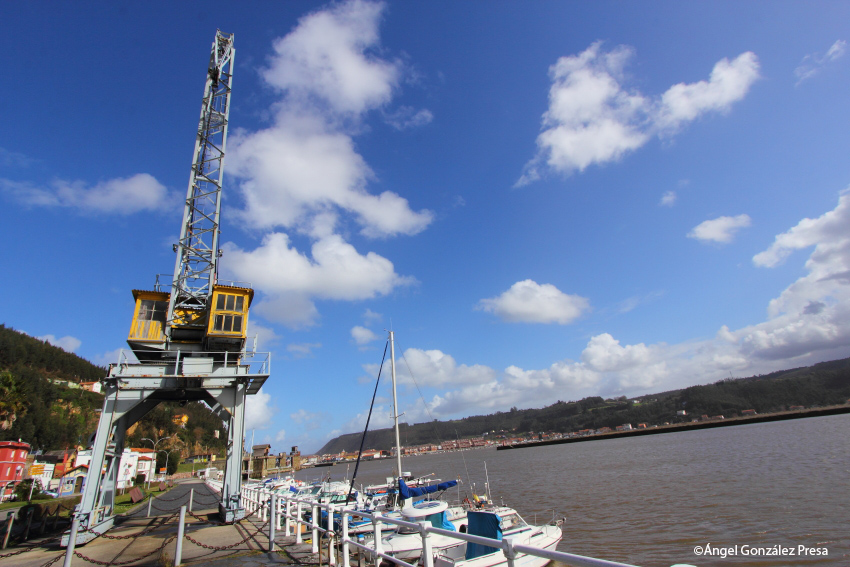 On the left bank of the mouth of the River Nalon (the river which carries the most wáter in Asturias) we come across San Esteban de Pravia, a village which still retains the vestiges of its porsperous past as one of the most important industrial ports on the north Cantabrian coast from the end of the 19th century through to the middle of the 20th Century. The coal from the principal mining valleys was shipped out from this port.

San Esteban is the terminus for the local train line, popularly know as “El Vasco” (the Basque), which was built to transport mineralized coal. In the village you can observe the old cranes which were used to load the coal and the enormous bars, dating back to the hey-day of coal mining, waiting to welcome hundreds of sailors.

The port has been declared a historical-industrial heritage site. The oldest vessel on the Cantabrican coast still in use, the “Vaporin” is moored here. This tug, built in 1902, worked 24 hours a day back at the height of the industrial era. 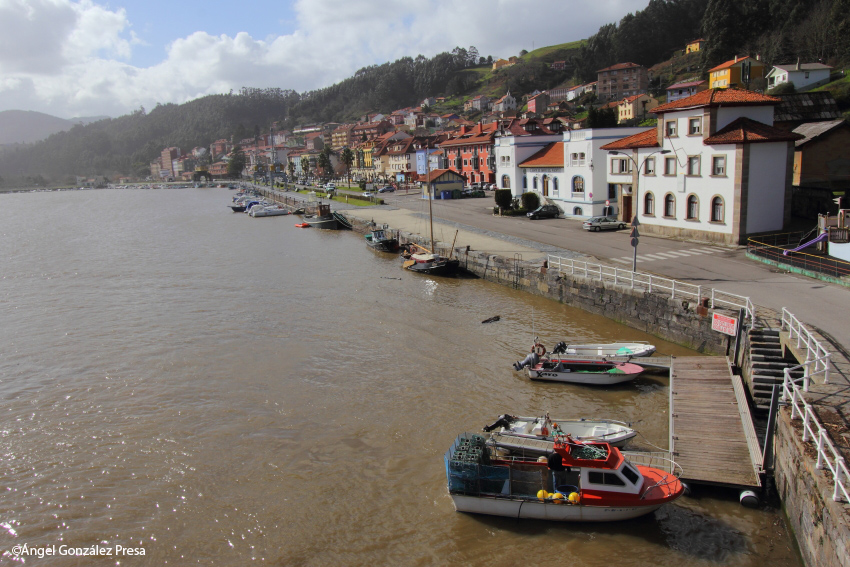 We reccomend you make the trip to the Espiritu Santo viewpoint by car, as the climb is very steep. The views of the mouth of the estuary are fabulous; the village of San Juan de la Arena and the wide Playa de los Quebratos beach, with its black sands due to erosion of coal minerals brought down from upstream by the river. It’s at this point that begins, or ends, depending on how you look at it, the “Ruta de los Miradores” which takes you to the Playa de Aguilar beach and the boundary with the Cudillero municipality.